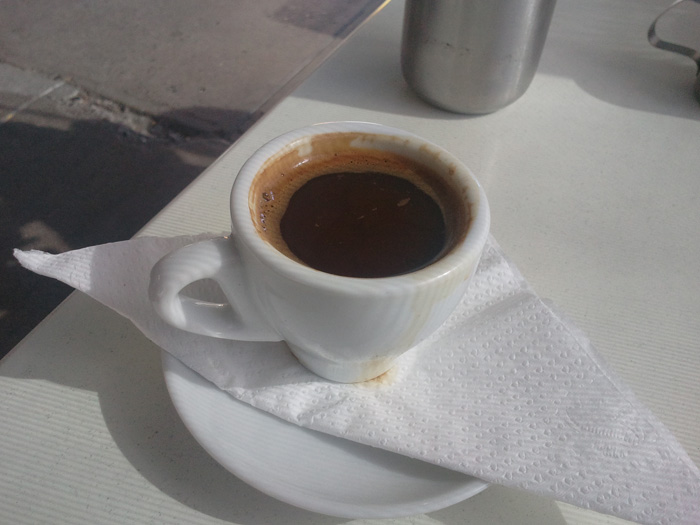 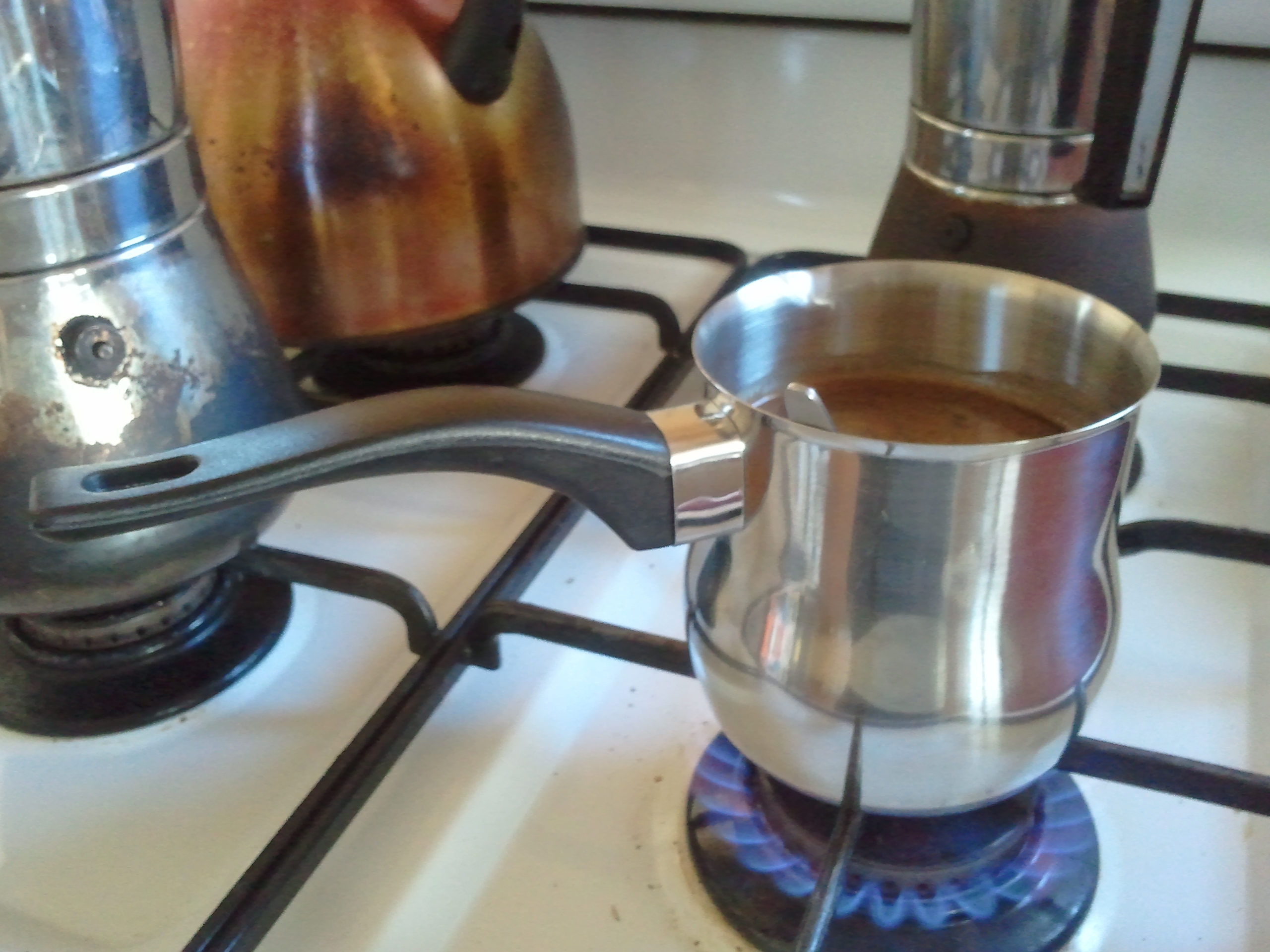 Greek coffee (Or Turkish coffee, or Cypriot coffee, this style got around) is nothing like espresso. The coffee beans are ground to a powder, and cooked in a simple pot with sugar. I learnt how to make this coffee from my grandparents, who migrated to Australia from Kythera.

The ratio my grandmother uses is one teaspoon each of coffee and sugar and per person (and however much water you need to fill the cups you plan to use). Place the pot (or briki) onto the stove, and bring to the boil. Try not to let it overflow onto the stovetop, which it does fairly easily. Taking it off the heat as it comes to the boil, and placing it back on the flame once it has cooled a little once or twice also helps ensure that you get the most from the pulverised coffee.  If you take milk with yours, add the milk after the coffee has been brought to the boil the first time.  Boiling the milk in with the coffee and sugar gives it a richer flavour, much better than just adding the milk once the coffee is already in the cup.

It is very easy to make Greek coffee strong. A tablespoon, rather than a teaspoon, per person is an experience unto itself. Also, don’t drain the cup to the dregs when drinking, as there is a layer of sediment at the bottom which tastes as good as a sandy slap in the face.